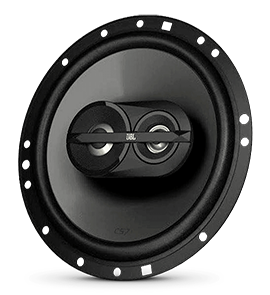 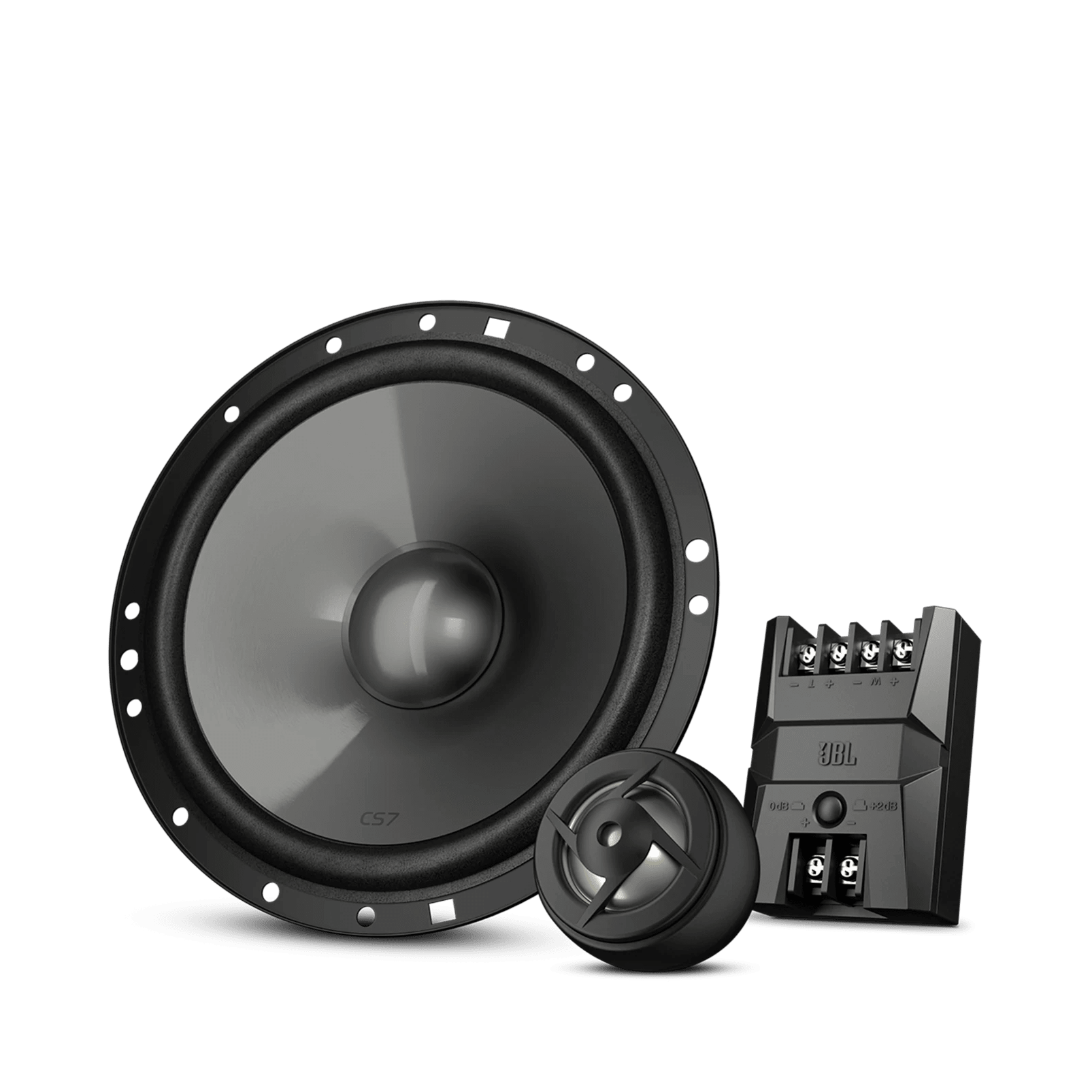 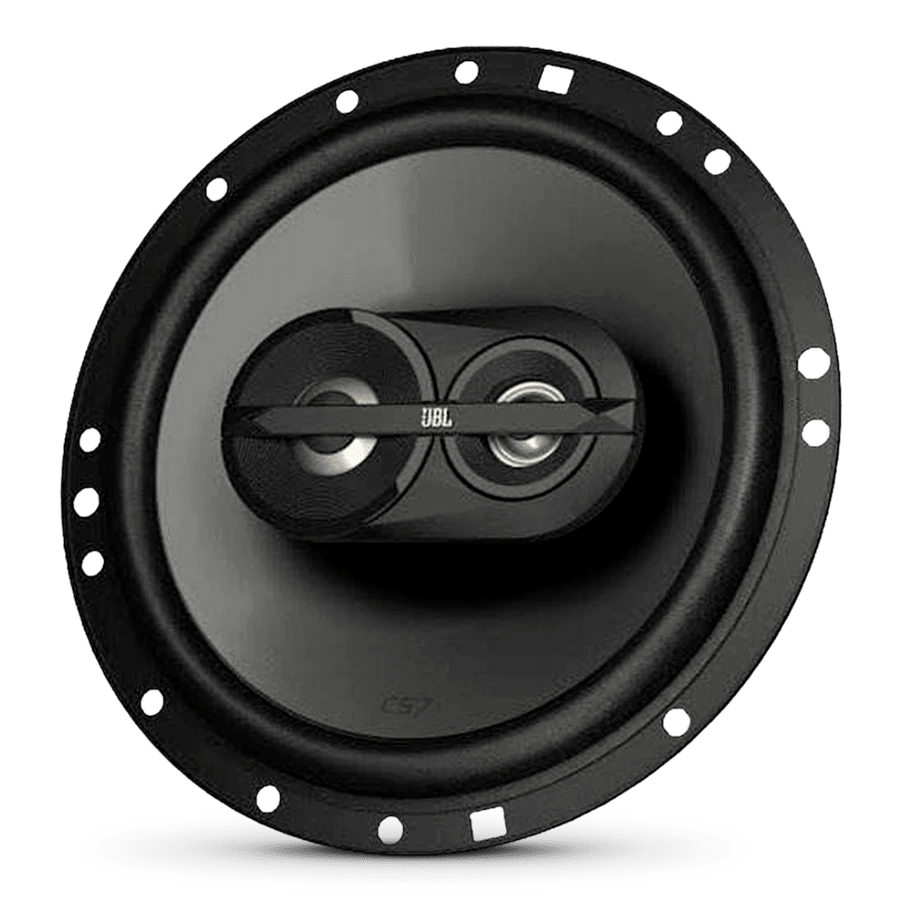 Premium JBL sound at a portion of the price.

JBL CS7 Series speakers are the no-brainer upgrade for those who want a little more rock for
their ride. They’re easy to install, feature external crossover housing, fit practically any stock
size, and can be driven by any factory head unit. And with Plus One™ woofer cones you’ll get
the power of a home audio system in the private listening confines of your car

Plus One™ Woofer Cones

Harman’s patented (US patent #7,548,631) Plus One™ polypropylene cones provide more overall speakercone area than other cones in its class — the result is higher sensitivity, increased low-frequency output
and greater musical character.

The CS7 component systems feature external crossover housings, which provide extra space for true
high pass and low pass sections – a step up from the coaxial models –smoothing out the critical
midband response where most of the music occurs. There’s also a tweeter level control, which allows
fine adjustment to suit varying listening tastes and to accommodate different placement.

Frequency Response Up to 21kHz

Hear what you’ve been missing — the JBL CS7 Series offers a frequency response that delivers the fullrange response associated with exceptional sound.
Individually Voiced
For most brands, off-the-shelf speakers and a cursory approval of frequency response curves are good
enough. That’s not the case with JBL. We don’t only listen to our speakers against the competition — we
voice them against each other to ensure each line has the consistent JBL sound signature that’s known
and sought out by those who care about their audio. This is just part of an extensive development process
undertaken by some of the best transducer engineers in the world to provide the fi nest listening experience
at any price point.

The JBL CS7 Series are all designed to give audio enthusiasts more boom for the buck — while they
maintain a conservative price point, there is never a compromise in sound.

JBL tests every speaker design to the same rigid specifi cations as the automakers, subjecting them to
extreme conditions that would break lesser speakers. We freeze them, bake them, shake them, blast them
with ultraviolet light and drive them at full power for days to make sure your audio investment lasts for years.

What’s in the box: 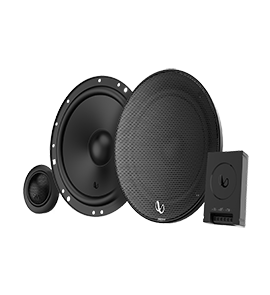 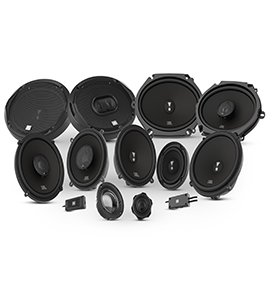 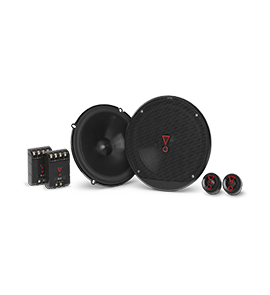